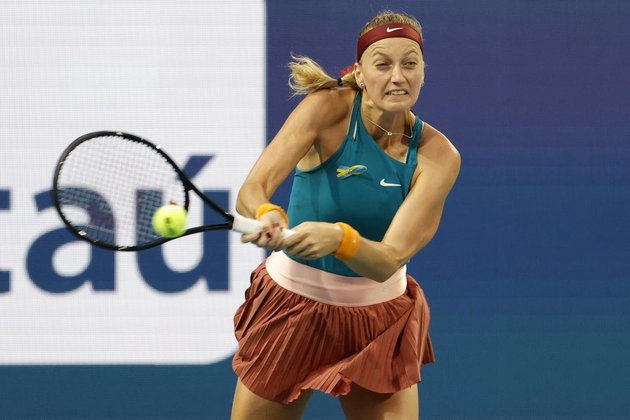 The 14th-seeded Kvitova, of the Czech Republic, will face No. 8 seed and defending champion Jelena Ostapenko of Latvia for the grass-court title on Saturday. They have split their eight previous matches.

Brazil's Haddad Maia, the No. 15 seed, was coming off back-to-back titles at Nottingham and Birmingham. Kvitova never lost her serve and finished the match in just under two hours.

Ostapenko saved both break points she faced in her 6-2, 6-2 semifinal victory against No. 12 seed Camila Giorgi of Italy. Ostapenko's 22 winners were twice as many as Giorgi.

Garcia survived two set points in the first-set tiebreaker and then fought off a match point in the 10th game of the decisive set.

The unseeded Garcia's opponent in Saturday's grass-court final will be unseeded Bianca Andreescu of Canada, who advanced in a walkover. No. 4 Simona Halep of Romania withdrew with a "blocked neck," she tweeted.