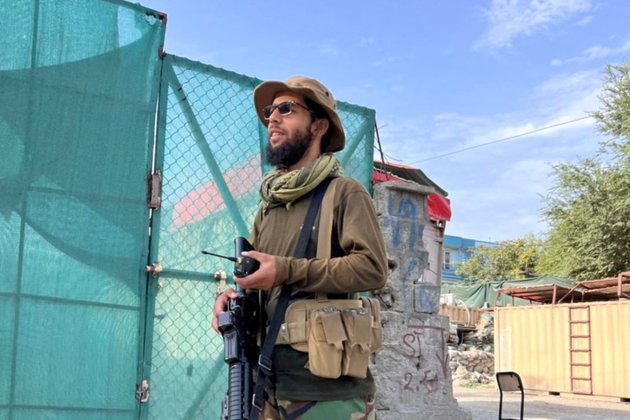 Islamabad, Pakistan - Afghanistan's Taliban administration claimed Thursday that it had 'no knowledge' that slain al-Qaida leader Ayman al-Zawahiri was residing in Kabul and warned of unspecified "consequences" if the United States breached Afghan territorial sovereignty in the future.

The official declaration in local and English languages came several days after an American aerial attack killed the fugitive terror mastermind in an upscale neighborhood in the heart of the Afghan capital.

"The Islamic Emirate of Afghanistan has no information about Ayman al-Zawahiri's arrival and stay in Kabul," the Taliban statement said, using the official name of the hardline group's government.

The Taliban leadership has ordered a "serious and comprehensive" investigation into "various aspects of the incident," according to the statement.

The Islamist group again condemned the U.S. action as a violation of Afghan territory and international laws. The statement said the Taliban government "wants to implement the Doha pact and the violation of the pact must end."

"If such action is repeated, the responsibility of any consequences will be on the United States of America," the Taliban said without elaborating. 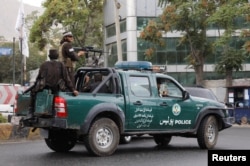 Taliban fighters drive a car on a street following the killing of al-Qaeda leader Ayman al-Zawahiri in a U.S. strike over the weekend, in Kabul, Afghanistan, August 2, 2022.

Zawahiri's presence in the heart of Kabul is seen a humiliating blow to the Taliban, who seized power nearly a year ago and have been seeking international legitimacy for their rule.

The February 2020 agreement the Taliban and Washington sealed in the Qatari capital of Doha called for U.S.-led foreign troops to withdraw from Afghanistan and the then-insurgent group to prevent transnational terrorists from operating in the country.

Washington, however, accuses the Taliban of violating the 2020 pact.

'By hosting and sheltering the leader of al-Qaida in Kabul, the Taliban grossly violated the Doha Agreement and repeated assurances to the world that they would not allow Afghan territory to be used by terrorists to threaten the security of other countries," according to a U.S. State Department official.

A senior U.S. official said on Monday that al-Zawahiri, the 71-year-old Egyptian jihadist leader, was on the balcony of a three-story house in the Sherpur area of the Afghan capital when two Hellfire missiles fired from an unmanned aircraft struck him.

"The Haqqani Taliban members acted quickly to remove Zawahiri's wife, his daughter and her children to another location, consistent with a broader effort to cover up that they had been living in the safe house," stated the U.S. official. The slain terror leader carried a $25 million U.S. bounty on his head.

The weekend drone strike came just days after Taliban Foreign Minister Amir Khan Muttaqi reassured an international conference hosted by neighboring Uzbekistan that his government would not allow any groups, including al-Qaida, to use Afghanistan for terrorism against any country. He cited the specific counterterrorism clause in the pact.

"Last week in Tashkent we heard the Taliban trying to convince countries and organizations committed to supporting the Afghan people that they had full control over Afghan territory. They repeated their commitment that Afghanistan would not become a safe haven for terrorists," Tomas Niklasson, the European Union's special envoy for Afghanistan said on Twitter Wednesday.

"The killing of Mr. al-Zawahiri by the U.S. in central Kabul reinforces previous doubts about such claims. Were the Taliban unaware, unable or unwilling to take action against the AQ leader?" the envoy asked.

Niklasson went on to question whether the Taliban would be able to deliver on their commitments that they would rule the country through an "objectively inclusive government" and respect human rights. "Are they more capable of delivering on these promises to the Afghan people?"

U.S. officials have said that al-Zawahiri was hosted in Kabul by senior members of the so-called Haqqani Network, a powerful militant faction within the Taliban with deep al-Qaida ties and links to the Pakistani spy agency. Sirajuddin Haqqani, the leader of the network, is the powerful interior minister in the Taliban government and carries a $10 million U.S. bounty on his head.

"Not so smart on the part of Taliban to say on one hand they control the entire country and on the other hand they didn't know who lived in this house," said Torek Farhadi, a political commentator and former Afghan official.

"The best course of action would have been to recognize the truth and move on; to address the real challenges of Afghanistan," said Farhadi, citing humanitarian and economic hardships facing the war-torn and calamity-hit country's nearly 40 million population.

Washington and the world at large have declined to give legitimacy to the Taliban rule, linking such a move to easing of restrictions the hardline group has placed on women to restrict their access to work and education, and upholding counterterrorism pledges.

The U.S. has imposed strict financial sanctions on the Taliban and has withheld from them about $7 billion of Afghanistan's foreign financial reserves.

The United States and its allies invaded the South Asian country 20 years ago and dislodged the then-Taliban government in Kabul for permitting al-Qaida leaders Osama Bin Laden and al-Zawahiri to plot the September 2001 deadly terrorist strikes against America.

The Taliban later waged a deadly insurgency and took over the country last August when the Western-backed government and its security forces collapsed in the face of stunning insurgent attacks as international forces withdrew.

Bin Laden, the founder of the al-Qaida network, was located and killed by U.S. forces in his hideout in the Pakistani city, Abbottabad, in 2011, and al-Zawahiri became his successor.